Conserving the Future, By Recycling the Past

Brenner Recycling is a family-owned, fourth-generation recycling company located in Hazleton, PA. Since 1925, we’ve provided a hands-on, people-focused, and service-oriented recycling experience for our commercial and retail customers.

Today, we employ approximately 20 team members at our facility and process more than 30 million pounds of scrap material per year.

We specialize in recycling all types of products, including scrap iron and steel, nonferrous metals, cardboard, and electronics.

We use our state-of-the-art processing equipment and fleet of vehicles to prepare, sell, and transport your recyclables to steel mills and foundries throughout the Northeast. 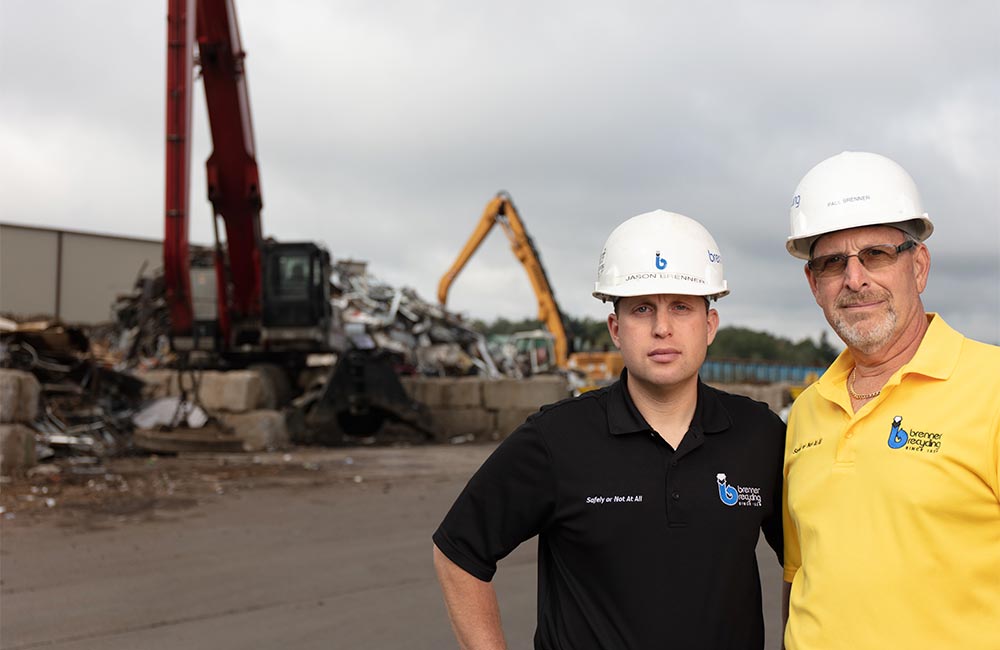 Fourth generation owner Jason Brenner, left, and his father Paul in the yard of their Hazleton center.

Our Promises to You

We put our integrity and reputation to the test every day in everything we do. So when we say we’re going to do something for our customers, team members, or community, we are going to do it the right way.

Our dedicated team members are focused on treating our customers with old-fashioned respect. Whether it’s helping our customers safely unload their recyclables, picking up or dropping off a container in the right place at the right time, or taking the time to accurately process and sort our materials for our consuming steel mills and foundries, treating others as we’d like to be treated is at the heart of our company philosophy. 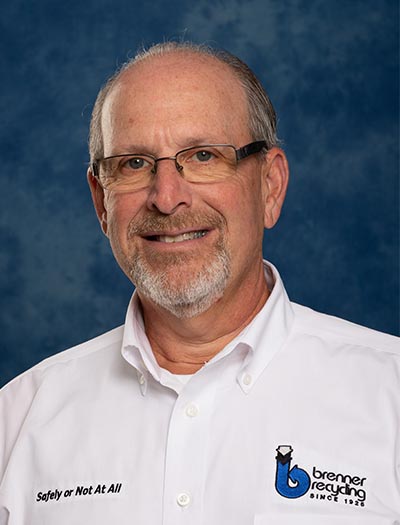 Paul Brenner is the president of Brenner Recycling and has been with the company since 1976. Throughout his career, Paul has been an active member in the scrap recycling industry serving on several national committees and boards within the Institute of Scrap Recycling Industries (ISRI). In addition to his responsibilities at Brenner Recycling, Paul is also the current president of three Sun Tan City stores and the former president of six Premiere Video rental stores located in Northeastern Pennsylvania.

He is a very active member in the local community and a Rotary Paul Harris Fellow.  Paul is a member of the Hazle Azalea Fellowship Lodge of the Free and Accepted Masons.  Additionally, he is a recipient of the Ronald J. Russo Community Leadership Award for his commitment to drug and alcohol abuse prevention and treatment programs in Northeastern Pennsylvania.

Paul holds a Bachelor of Science degree from the Syracuse University School of Management and is a graduate of the ISRI Executive Management for the Scrap Recycling Industry Program at the Fisher College of Business at The Ohio State University.

Paul resides in Sugarloaf, PA and is married with four grown children and a granddaughter. 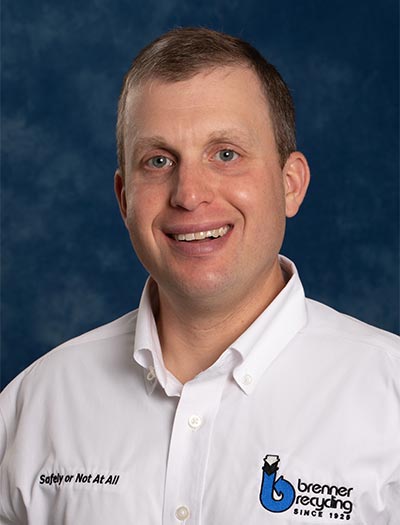 Jason Brenner is the vice president at Brenner Recycling and has been with the company since 2014.  He is a U.S. Air Force veteran, serving more than eight years on active duty as an engineer and project manager at several bases and achieving the rank of Captain.

Since joining Brenner Recycling, Jason has become an active board member and Paul Harris Fellow of the Hazleton Rotary Club.

Jason holds a Bachelor of Science degree in Mechanical Engineering from The Ohio State University and a Master of Business Administration degree from The University of Oklahoma.

Jason resides in Sugarloaf, PA and is married.

The History of Brenner Recycling

After four generations of recycling, we refuse to scrap our family values.

In 1925, Brenner Recycling was founded by Maurice H. Brenner as a used auto parts yard which provided local mechanics and auto repair garages with quality used parts for their cars and trucks at affordable prices. Consisting of a small warehouse and the family homestead, Mr. Brenner soon ran out of storage space and began salvaging the scrap metal from the old cars and trucks he accumulated and sold it to steel mills for reprocessing into new steel.

In 1960, Maurice retired and his sons, Joseph and Myron and son-in-law Milton, took over the yard with an eye towards expansion. By 1968, Brenner Recycling installed a 300-ton Richards Iron Shark shear which allowed the company to cut scrap automatically and improve production. In 1978, company growth continued with the purchase of a larger, 800-ton shear that could condense an entire automobile in less than five minutes. In 1990, Brenner Recycling entered its third generation when Joseph’s sons, Paul and Lenny, assumed leadership of the company.  The company continued its growth by focusing on diversifying its equipment by adding mobile shears, hydraulic material handlers, a new warehouse and horizontal-ram baler, and roll-off container services.  In 2015, Brenner Recycling entered its fourth generation of operations with the addition of Paul’s son, Jason.

Over the years, Brenner Recycling has continued to expand and improve its recycling services and capabilities with upgrades to our scales, fleet of trucks, trailers, material handlers, and shears. Simultaneously, the company has focused on creating a safer and more efficient environment for both our customers and employees. 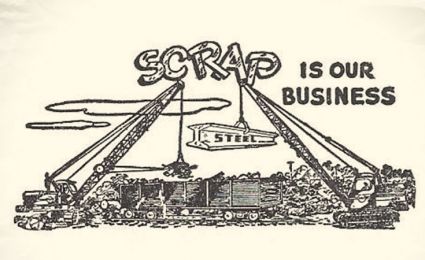 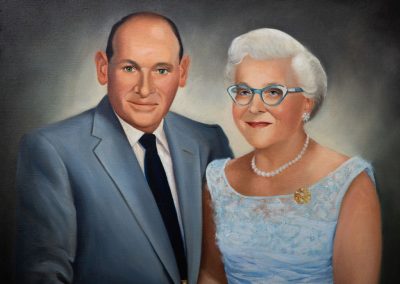 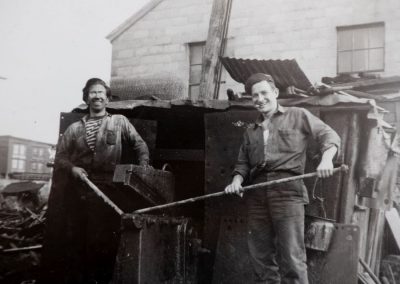 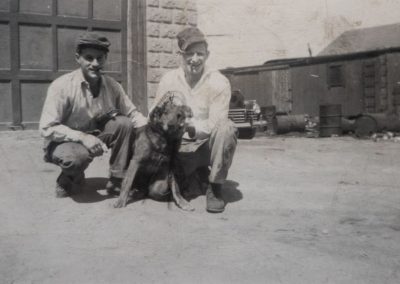 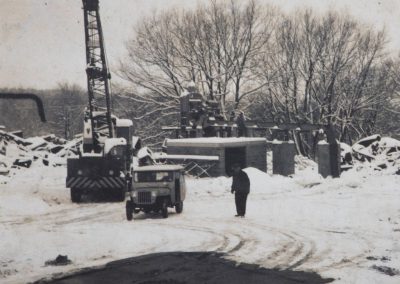 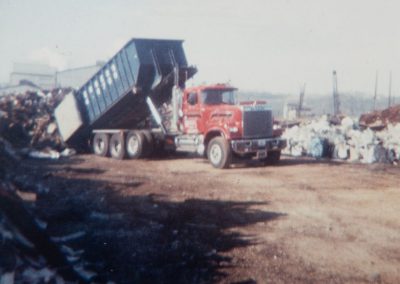 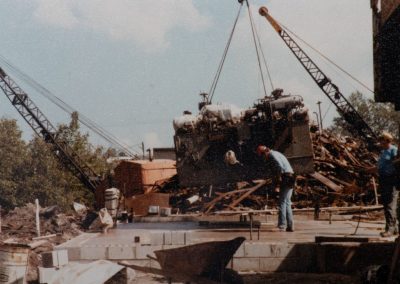 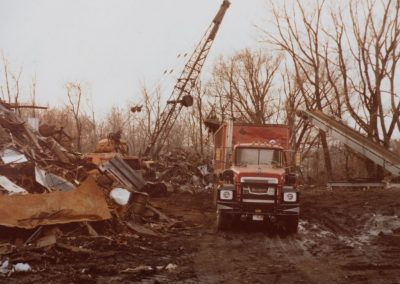 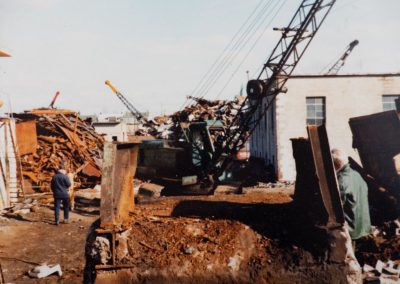 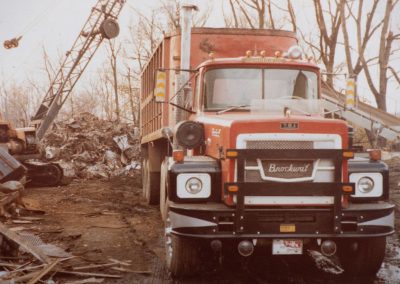 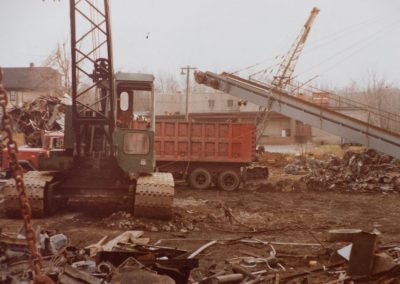 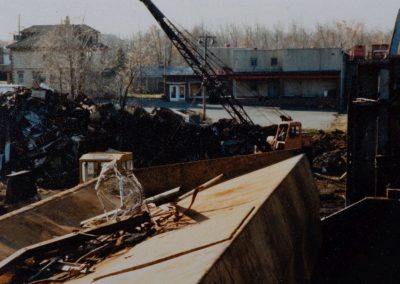 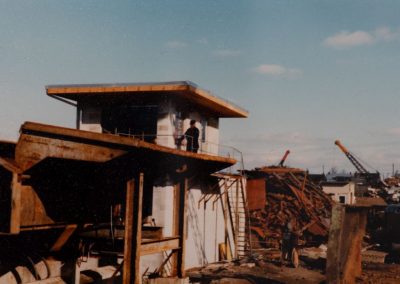 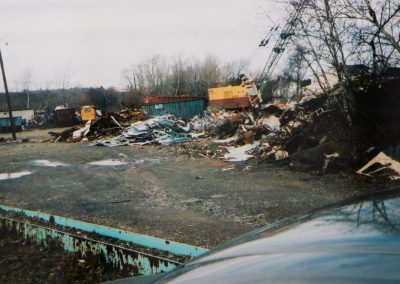 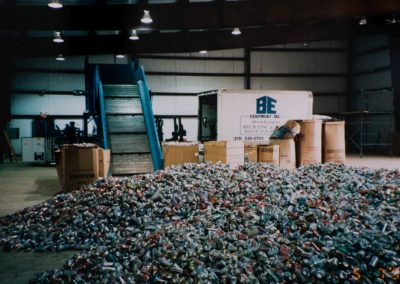 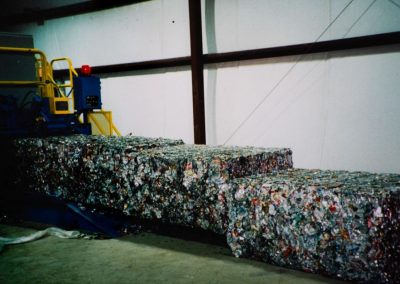 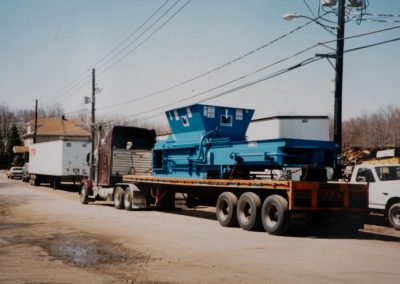 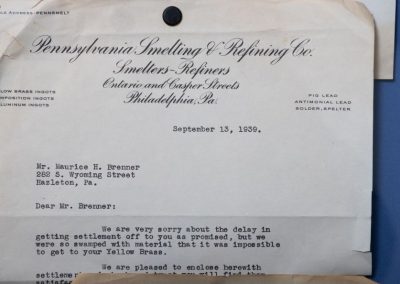 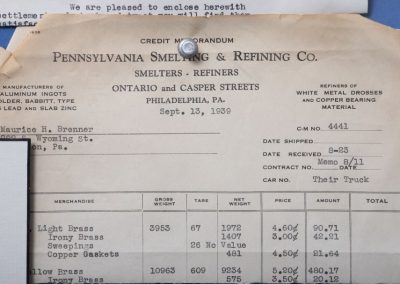 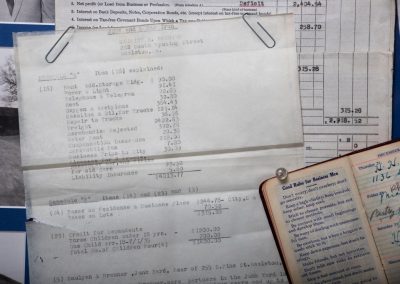 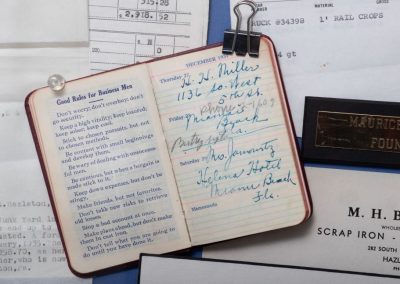 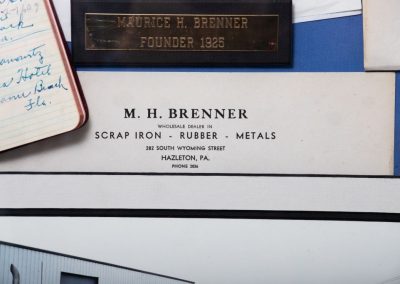 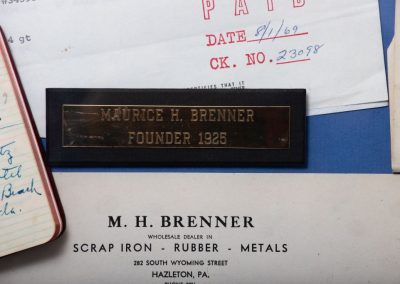 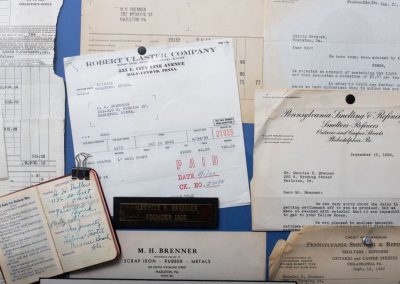 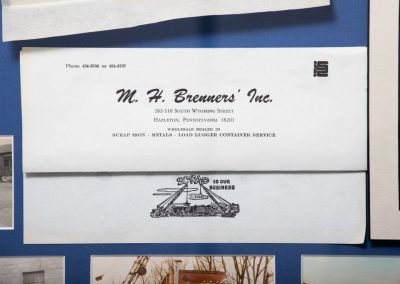 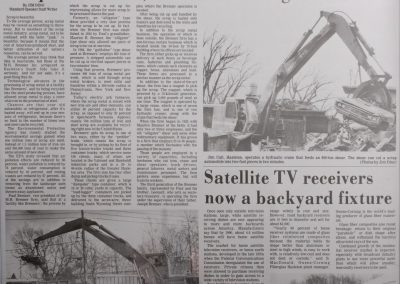